The FIFA-2018 World Cup was held in Russia from June 14 to July 15, 2018. It consisted of 64 group stage games, followed by 16 play-off matches. The competitions took place in 11 cities at 12 stadiums; fan zones were organized in every participating city:

The Wireless Network Access Manager – WNAM system was used to provide wireless access to FIFA-2018 guests and fans at 10 (out of 12) stadiums, and 5 fan zones.

Two stadiums (Kazan and St. Petersburg) used a third party authorization service introduced a year earlier at the 2017 Confederation Cup. At other stadiums either renovated or freshly constructed for the championship, with WNAM we implemented authorization and guest access control in 62 matches, including opening match, and the final match, held in the presence of top officials of the state.

Wi-Fi service was provided during the match time, 6 hours before and 3 hours after it, accompanied by the wireless network statistics (number of subscribers, number and type of authorizations, traffic volume). Two matches often took place simultaneously, and up to four matches were played in one day, all successfully managed by WNAM. At the same time the host city set up well-organized fan zones with souvenir tents, usually placed in the main city square, equipped with live broadcast screens, and an active Wi-Fi network.

FIFA put exceptional requirements on the technical infrastructure of the 2018 FIFA World Cup, among them was creation of specific conditions for free authorized guest access at each stadium and fan zone. To fulfill the task it was essential to provide: 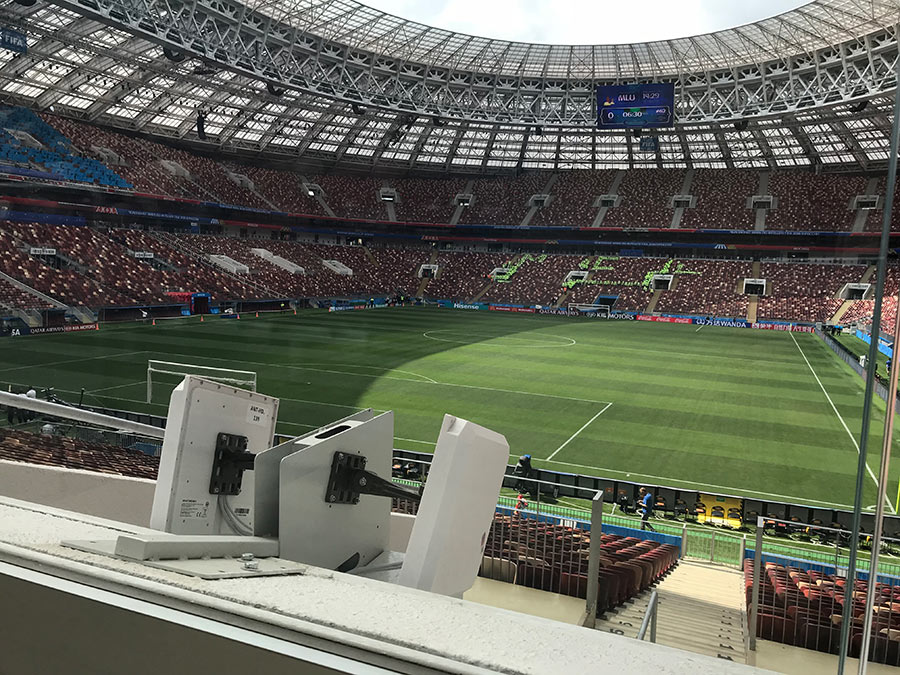 In cooperation with our partners, Rostelecom PJSC and Lanit Group of Companies, we managed to organize a full cycle of works: projecting , turnkey and integration of equipment and software were carried out for each stadium one-by-one, as well as remote access and monitoring tools were configured, the process of maintenance and technical support was organized . Configuration for direct operation (without extra network equipment) with Cisco, Avaya, HPE, Huawei, and Ruckus wireless controllers was applied. Fail-safety was ensured by the WNAM cluster configuration.

Foreign citizens authorization was carried out accordingly to a scheme agreed with the competent authorities, thus “double” authorization was introduces using SMS, then an accredited participant badge or a Fan ID, which also served foreign visitors to the Championship as a visa to Russia. At the same time, integration with outsourced accreditation systems and Fan ID was implemented with validation check in a real-time mode. For local phone owners a traditional scheme was applied via sending an SMS access code. We followed all legal requirements coupling WNAM with SORM /Lawful intercept systems.

The Organizing Committee of the Championship put forward requirements for extended reporting (for example, data collection on the number of visitors who connected, but did not pass authorization), in that regard WNAM was specially modified for the demanded task.

A separate authorization complex was deployed for each stadium, and in order to support the need to avoid re-authorization in case a guest moves to another stadium, a new WNAM component – the Commonbase service – was developed to provide “authorization roaming” between the platforms. 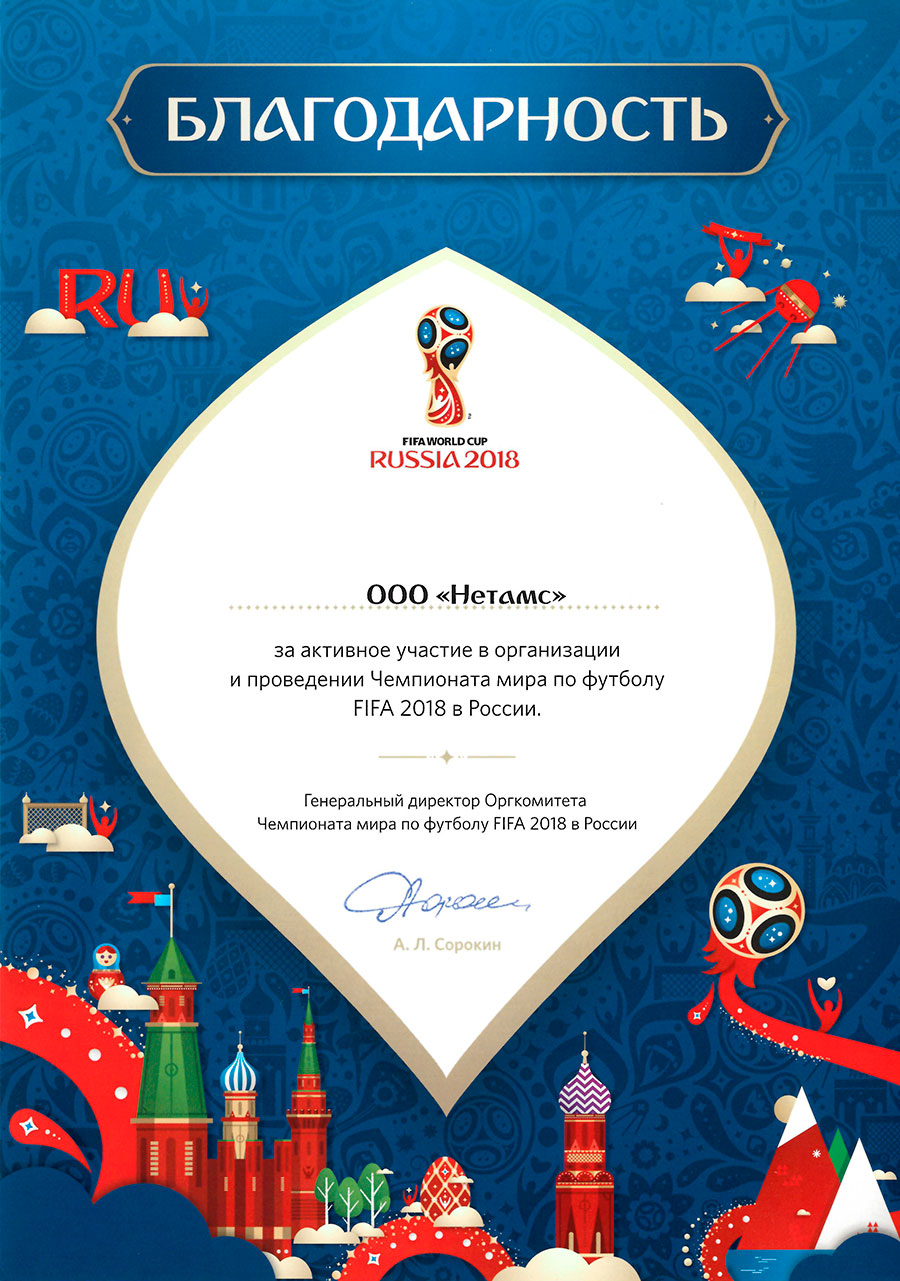 WNAM offered authorization support for more than 250,000 guests of the 2018 World Cup, together with the fact that more than 3.5 million connection sessions were processed. About 25% of guests were logged in via Fan ID. The total amount of wireless traffic came up to more than 70 terabytes, and the amount of outgoing traffic was comparable with the incoming – the wireless network was actively used for uploading photos to the Internet.

For the entire period of the Championship, not a single failure was registered on the authorization platform. Among the problems detected by our experts, we can indicate:

The participation of our specialists in technical maintenance of the 2018 FIFA World Cup gave us great experience in state-significant mass events implementation, and gained appreciation from the Organizing Committee.